The musical follows a self-absorbed Roman Emperor and his vain pursuit of critical-acclaim from his countrymen. Domitius predominantly centres around infamous Roman Emperor Nero’s lesser known ambition of his deep and desperate desire of becoming a musician and performer. Love, Song, Dance, Humour & Murder - Domitius retells the tale from an unbiased viewpoint merely paving the way for an audience to live and experience a snapshot of that particular reign in ancient Roman life. All set to the tune of and accompanied by an energetic Hard, Soft and Classic Rock, with occasional orchestral overtones, score. 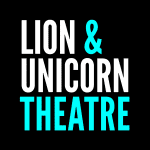