It Is Easy To Be Dead - Online

Following its critically acclaimed sell-out run at the Finborough Theatre in 2016 where it was nominated for seven OffWestEnd Awards including Best New Play, and its Olivier nominated run at the Trafalgar Studios, and a Scottish tour, the world premiere production of It Is Easy To Be Dead becomes the first Finborough Theatre production to be made available for free viewing online through the Society of London Theatre’s Official London Theatre YouTube channel.

This production is free to watch online. To contribute to safeguarding the Finborough Theatre's future, please click here.

The Finborough Theatre is a registered charity, receiving no public funding, and is completely dependent on your support. If would like to donate to safeguard the future of the theatre, click here. 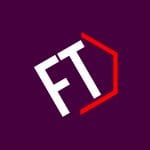