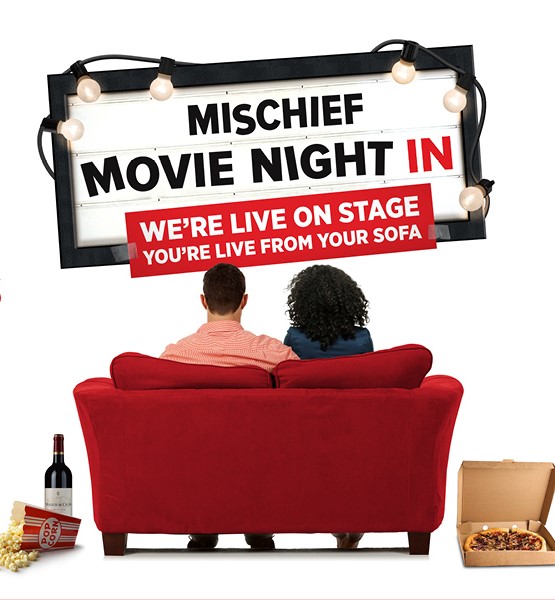 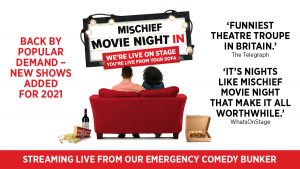 Henry Lewis is an Olivier Award winning writer, actor and producer and is the artistic director of comedy company Mischief. Henry’s work has been produced in over 40 countries worldwide. Recent credits include: Mischief Movie Night-In, Magic Goes Wrong, The Goes Wrong Show, Groan Ups, The Comedy About A Bank Robbery, The Play that Goes Wrong and Peter Pan Goes Wrong.

What first attracted you to the theatre?
I used to go to my local theatre often when I was growing up, I loved being able to escape into a magical story or laugh at a comedy in a big audience of people, it’s a really special thing.

I love Off West End Theatre. Mischief started out in Off West End Theatres and at the Edinburgh Fringe. So much exciting work starts life there and they’re a safer space to try more original and daring ideas so you find a lot of really exciting and new stuff in those venues.

There’s so many, James Graham’s early play Albert’s Boy at the Finborough is probably up there, amazing what can be achieved with just two actors in a simple room.

I’m proud of different things for different reasons… I suppose The Play that Goes Wrong because it started in such a small way and grew so much, but I’m also hugely proud of Mischief Movie Night-In our new live streamed improv show because it came together so quickly in such difficult circumstances and was only possible because we have such a brilliant team who worked so hard to create a whole new production in about a week!

What makes a really good character?

Are there any actors/actresses you would like to write a play for?

I would like to write a play about a completely incompetent detective for David Suchet.

Stones in his Pockets is one of my favourite plays but if I’d written it I wouldn’t have gotten to enjoy it so that would be a shame really!

Next up we’re doing our Mischief Movie Night-In live streams from 23rd Jan. Plus I’m currently launching my new project The Mystery Agency which creates and sells escape-room style puzzle boxes which you receive in the post and have to solve. I’m very excited about that!