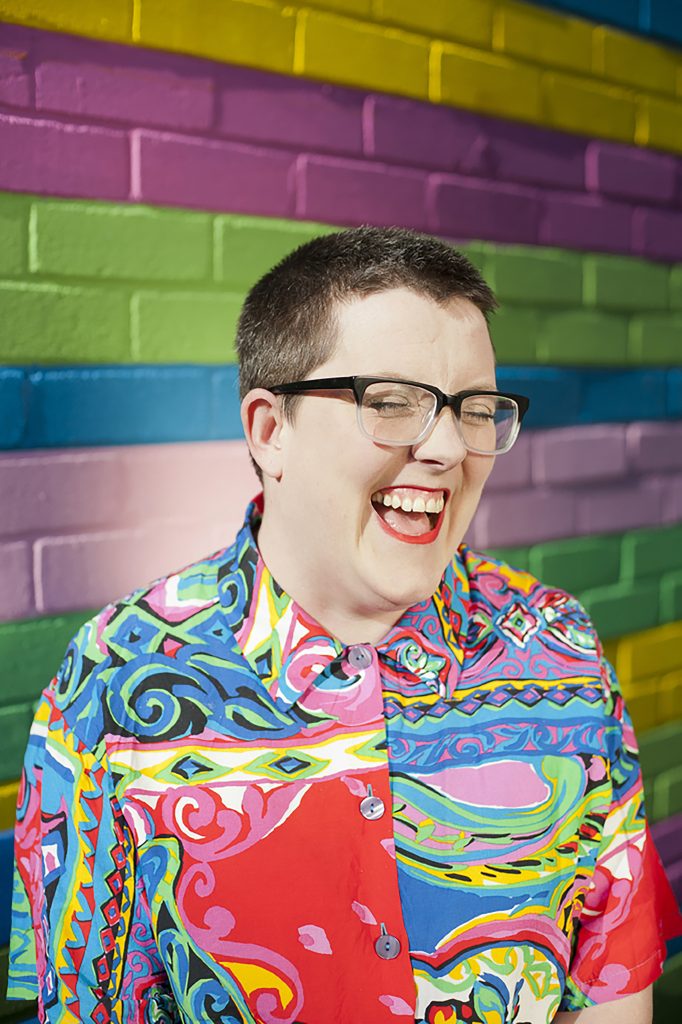 Liza Vallance is Artistic Director of Studio 3 Arts.  Her work is driven by the idea of democratising art; of challenging the cultural and social hierarchies that exist in the creative industries.  Liza is an instigator, a storyteller and an activist; co-creating work with communities that helps us make sense of the world, asking questions and provoking discussion.

Liza trained at Queen Mary College, specialising in Forum Theatre and Performance Art.  After graduating in 2000 Liza worked with Split Britches, Augusto Boal, Ali Campbell and Proteus Theatre, creating socially and politically-charged work that toured prisons, mental healthcare settings and community spaces.  Liza was subsequently invited to join Studio 3 Arts to develop Big Deal, the organisation’s youth arts provision, in 2003.  Liza quickly grew a portfolio of work with young people to include professional touring theatre; dance and choreography professional development; youth-led training for social workers and a youth-run music studio social enterprise, winning a number of awards and accolades along the way.  Liza became AD in 2009 and since then has led Studio 3 Arts to become East London’s leading socially-engaged arts practice, bringing significant financial and cultural investment in to Barking and Dagenham, including leading the successful bid to ACE for £1.5m investment from their ‘Creative People and Places’ Programme.  In 2016 Liza led the team that created the promenade adaptation of Merchant of Venice with a cast of 9 professional actors and more than 100 local people which garnered a 4* review in the Sunday Times.  In 2019 Liza successfully fundraised for £1.2m to transform Studio 3 Arts’ home into a world-class arts centre. Liza is proudly, and loudly, working class.

What first attracted you to the theatre?
If I’m totally honest – I’m a born show-off.  As a kid I made shows with the kids in my neighbourhood, and even toured them round the local estate.  I’m also deeply political and a fervent social justice warrior, so I’ve basically made a career out of combining my two passions – theatre and social justice.  I have always thought that theatre is the best way to make sense of the world.

If you could pick any one person or theatre company to work with on your next project, who/which would it be?
Anyone in the world?  I love collaborating with artists from different disciplines, so I’d want to make a show that fused together the visuals of someone like Dot Dot Dot with the movement palette of a choreographer like Pina Bausch and the sound artistry of Torben Lars Sylvest.  That would be a banging piece of theatre.

What is your opinion of Off West End theatre, in general?
I think it’s where it’s at.  I think we can be nimble and responsive, take more risks and be more playful in this space.  I’m often surprised, challenged and exhilarated by pieces I’ve seen Off West End.

What was the most inspiring production you have ever seen? Why?
I remember being profoundly moved by Tanika Gupta’s Gladiator Games at Theatre Royal Stratford East.  The combination of verbatim reporting, the clever staging and of course the tragic and horrifying true story brought me to tears.  I found it hugely challenging and anger-inducing – I was moved to act on what I’d heard and seen that night.  That, to me, is what theatre can do when it’s applied so delicately and powerfully as that.

What piece of work are you the most proud of?
In recent years I’m heart-burstingly proud of 13:60, a hip hop theatre piece about Sharlene Carter, woman and her mum whose lives are changed when her mum is in a car accident.  The piece charts the impact of acquired disability, negotiating ‘the system’ and how familial bonds are strengthened and strained.  I was lucky enough to devise it with the Sharlene who is a performer, and played herself in the production, alongside a cast of hip hop dancer/actors.  It was almost therapeutic to create.

What things in your personal life do you draw upon when you direct?
My working-classness imbues all my work – my theatre projects and the vision for the arts organisation I run (www.studio3arts.org.uk).  I want to hold a space for the stories – and vantage points on stories-  that we rarely hear.  I love people – I love getting to know people.  Relationships mean a lot to me, and I bring this to my work.  I’m fascinated with the ways people interact, or don’t.  There’s loads of these sorts of observations in my stuff.

Are there any actors/actresses you would like to direct?
Oh, loads.  Right now at Studio 3 Arts, Valentine Olukoga runs our young people’s theatre company, and having seen the way he works with our young people, and witnessing his win at the Black British Theatre Awards, I would love to direct him. Household name-wise, I just love Tilda Swinton in anything, and Andrew Scott in Sea Wall at the Old Vic was a masterclass – I would just weep tears of joy to work with him!

Which director do you respect most on OffWestEnd at the moment?
I’ve been watching the growth of Conrad Murray from afar, and I think he’s really exciting. I’d like to collaborate with him.  I think Emma Baggott is great too.

Can you tell our readers about what you’re doing now/next?
My next project is The Princess and the Pea – Studio 3 Arts’ annual family show for Christmas.  This year it feels like we need it more than ever!  I’ve collaborated with one of my favourite writers – Ashley J, and we’ve concocted an exciting interpretation of the original story – subversive, funny and really moving, too.  It’s being performed as a promenade piece at Eastbury Manor House in Barking, which is a stunning National Trust Tudor-era building, by actors Rose Marie Christian, Razak Osman and Will Frazer who are all just excellent to work with. 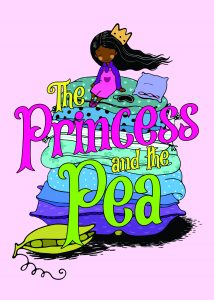 I’m also going to be working as dramaturg with director Max Lindsay on a project about county lines and the exploitation of young people, which will be in R&D early next year.

The Princess and the Pea is produced by Studio 3 Arts and staged at Eastbury Manor House in Barking. Book on https://www.studio3arts.org.uk/the-princess-the-pea