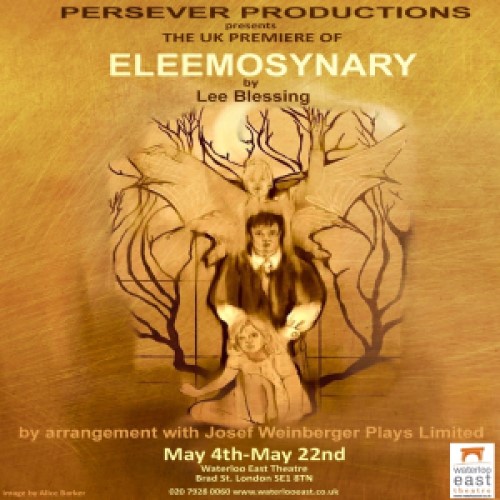 Charlie started her career in the West End in the original cast of Stepping Out. She worked as a professional actress for twenty-five years; spending most of her career in theatre. She has worked as a freelance teacher and director in vocational drama schools for over 10 years.  In 2019 she started Persever Productions with a critically acclaimed production of Tokens of Affection at Waterloo East Theatre. Persever’s ethos is to work with actors at all stages of their careers and to explore the benefits of an inter-generational ensemble. She is delighted to be continuing her mission with Eleemosynary

I was raised in a theatrical household; my father was an actor, and it seemed the most natural career path for me (I was clearly a show-off from a very early age!) Although my father worked extensively in TV, the theatre has always been my first love. The immediacy of performance is fascinating to me, as an actor, but even more so as a director. And I love rehearsals – digging deeply into a text and releasing the nuance for the audience. To transport an audience with just the storytelling skills of a creative team is, I think, one of the most exciting things a person can do.

I have always wanted to work at the National Theatre, as I was lucky enough to be chosen to join the National Theatre Youth Theatre Workshop, (a short-lived youth theatre who performed at the then Cottesloe) when I was fifteen and have loved the place ever since. As an actor I used to go to see the great performers like Michael Bryant and latterly Simon Russell Beale and was in awe of their ease on stage. As a director I go for the sets which are always magnificent – and which I’m always very jealous of! I also live really close so it would be a short walk to work !!!

Off West End is where the magic happens! It’s a place to experiment and for companies and actors to hone their skills and consolidate their ethos’. It has heart and passion and affordable enough to bring theatre to those who perhaps have only seen the blockbusters or maybe no theatre at all. It’s a community of like-minded individuals and has a wonderful family feel.

One of the most amazing Off West End shows I remember is Underneath by Pat Kinvane at the Soho theatre; a one person show of such incredible actor-based skill – one person on stage playing many parts and taking us on an incredibly funny and moving journey. I love actor0based theatre – and that’s what any Persever Productions show prides itself on – you’ll always see damn good acting

I’m nearly always the most proud of the piece of work I’m doing at present – which sounds silly I know, but I believe that level of commitment to each piece of work is what will make it shine. I am very proud of Tokens of Affection, mainly because it was Persever’s first professional show, but also because it was an homage to my great mentor the late Annie Castledine who originally staged the piece in the mid-eighties (I was at that time in the cast myself !)

What things in your personal life do you draw upon when you direct?

I take a lot of inspiration from other directors, the above-mentioned Annie Castledine I think being my greatest influence. From my parents I get my work ethic – not only that the show must go on, but that it must be the best it can possibly be, and to never settle.

Are there any actors/actresses you would like to direct?

Hundreds !!!! I’d want to work with any actor who is brave, bold, egoless and has, as their primary concern, the work and their audience. And of course, Jodie Comer – but seriously who wouldn’t ???

Which director do you respect most on OffWestEnd at the moment?

All of them – any director who gives of their time for any fringe or Off West End show has commitment and passion for the work – and therefore without doubt needs everyone’s respect – as I know how hard (and expensive – both of time and money) it is. 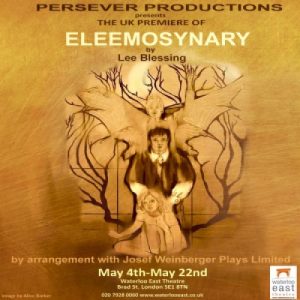 Persever’s next show is the UK premiere of Eleemosynary by Lee Blessing, and plays at Waterloo East Theatre from 4-22 May. This witty and moving piece about the relationship between three generations of women, is constantly playing in the States but for some strange reason has never crossed the pond.

The piece is a searing investigation into inter-generational relationships, and is centred around Dorothea, an eccentric and demanding mother, her daughter, Artie, repressed and strait-jacketed by her mother’s attentions, and Artie’s daughter, Echo, who is a product of both these extraordinary women and who is trying to forge her own path and ‘fly.

Persever’s mission is to bring together actors at all stages of their careers to work and learn from each other – and in the spirit of the company, Eleemosynary is delighted to be giving two young actors their first professional jobs out of Drama School.

Last Summer we formed links with Drama Studio London and produced a joint production of A Midsummer Night’s Dream in Walpole Park in Ealing. Our next production will again be a collaboration with DSL of a 60-minute version of A Comedy of Errors This production will bring together students and professional actors in a model that doesn’t appear to exist anywhere else.

Click HERE for more info and to make a booking.