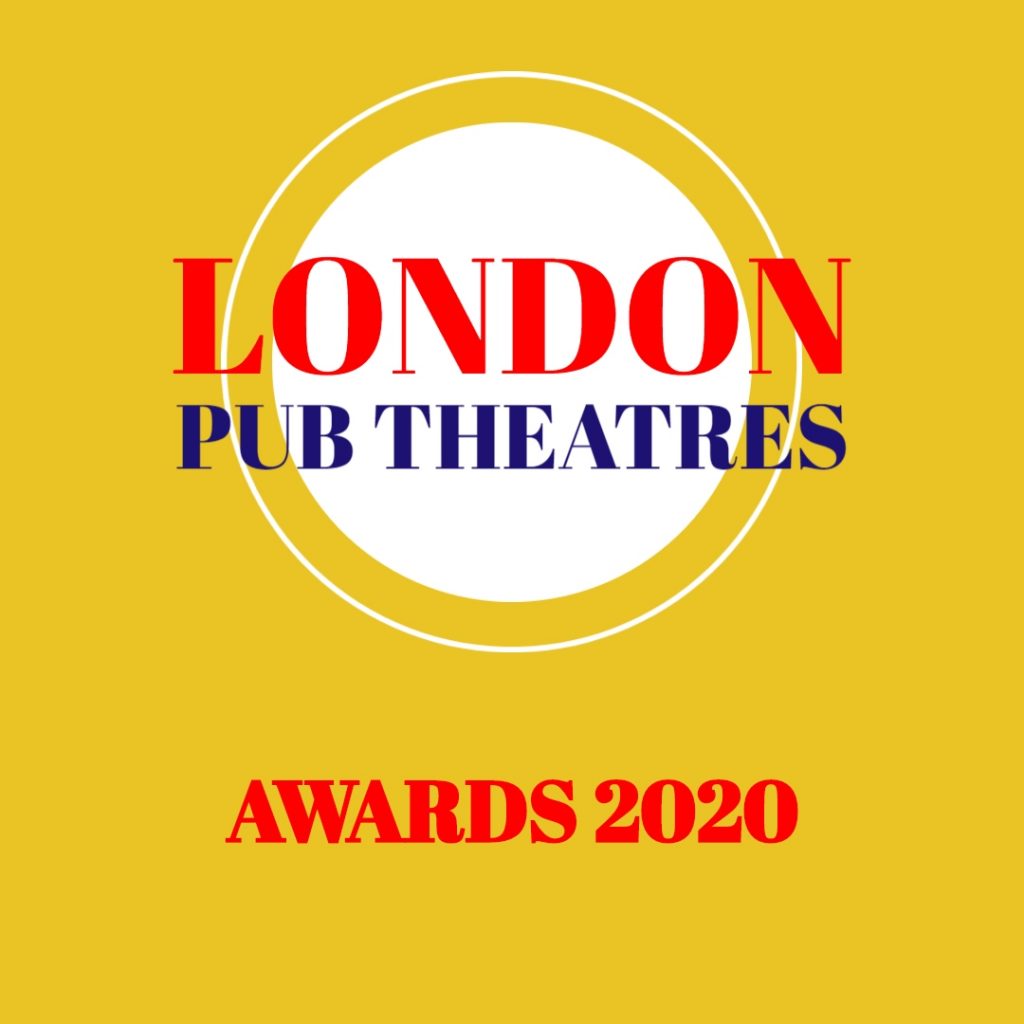 THE LONDON PUB THEATRE OF THE YEAR AWARDS and the STANDING OVATION AWARDS were held on 18 October 2020.  Despite so many pub theatres remaining closed the Award Panel decided to go ahead with the Awards because it is such a life affirming thing to do.

Designed to recognise and celebrate the achievements of London Pub Theatres, over seventy guests were present at the online ceremony.  Twenty pub theatres were in the running for the major title of LONDON PUB THEATRE OF THE YEAR 2020, along with three other awards.

Run by London Pub Theatres Magazine, the event also included the inaugural STANDING OVATION AWARDS for the productions.  Nominations for these awads date back to April 2019, covering a full year.

The Awards winners are below:

CALL ME FURY by Sasha Wilson (further devised by the company), Produced by Out of The Forest Theatre at The Hope Theatre

TRYST by Karoline Leach, in house production at Chiswick Playhouse

THE HOUSE OF YES by Wendy MacLeod, directed by Matthew Parker at The Hope Theatre

BEST PRODUCTION (TRANSFERRED FROM OUTSIDE LONDON)

CHAPLIN BIRTH OF A TRAMP by Ross McGregor, Arrows and Traps Theatre at Brockley Jack Theatre

“So very proud of pub theatres.  Some have already reopened, many have continued with their creativity reaching out to audiences and to theatre makers.  Many have succeeded in their funding bids, but many are still fund raising to survive.  We decided these Awards must go ahead to recognise the wonderful achievements of pub theatres and the excellence of the shows that they programme.”