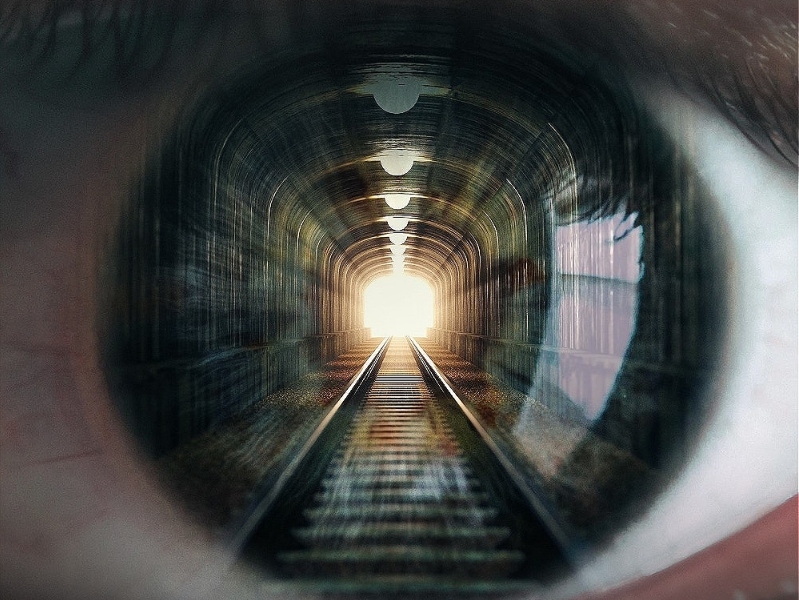 The Harpy production motto promises strange stories and a feminist angle and so far in their short career they have been delivering just that. Delving into the horror and science fiction this young theatre production will be premiering their first live theatre production in the Camden Fringe. But in the short period of time since their inception in early 2020, Harpy Productions has been quite busy making a name for themselves and telling weird tales.

The company was created by Noga Flaishon and Katie Pratten around their first production “Bunker“. Bunker was delayed as the result of the pandemic but rather than give in to their fate, Noga and Katie embarked on new avenues of creative work.

Their first audio drama “My Father Punished me when I talked the Ghosts” was published in the summer of 2020, followed by their new writer’s night “Like No Tomorrow“, exploring the (back then all too relevant) theme of the apocalypse and the end of days. In both events Harpy showcased their knack from bringing together artists of different background and levels of experience to create new and collaborative work with a dark twist.

Their next piece “Broken Link” premiered in the Living Record Festival before virtually touring to the Space Theatre and Brighton Fringe. The show has been described by critics as “Immersively creepy” and “intriguing and exciting” earning them the first OnComm nomination of 2021.

Now, year and a half later, Harpy Production is finally getting a chance to create the show that brought them together in the first place.

Bunker is described as a “post-apocalyptic thriller” with a seemingly simple premise – an underground bunker: outside the world is in a state of apocalyptic desolation, and inside two women are trapped – one eager to leave and the other who will stop at nothing to keep them inside.

Bunker is much more than an intense “intruder horror” – within the play is a clever allegory about the human mind and the struggle of living with a mental illness. The play is described by Noga Flaishon (artistic director of Harpy and the playwright) as a window into the mind:

“I got really tired of people asking ‘why can’t you just’ be normal, be happy, reach out or calm down… I decided to write bunker to answer that- what can’t I be normal? Because my mind can be a pretty hostile place! I know I’m not alone in this experience and I think this play will resonate with a lot of people”

Bunker is co-produced by Stepping Out Theatre, the country’s leading mental health theatre group. Stepping Out was formed in 1997, based in Bristol, and with eighty-three productions to its credit, their collaboration with the comparatively green Harpy Productions is an exciting one indeed.

You can find out more about Harpy Productions work on their twitter: @harpyprodco

Bunker is on at the Lion & Unicorn Theatre from 8-11 August at 7pm, and last 60 mins.  Click HERE to book your tickets.